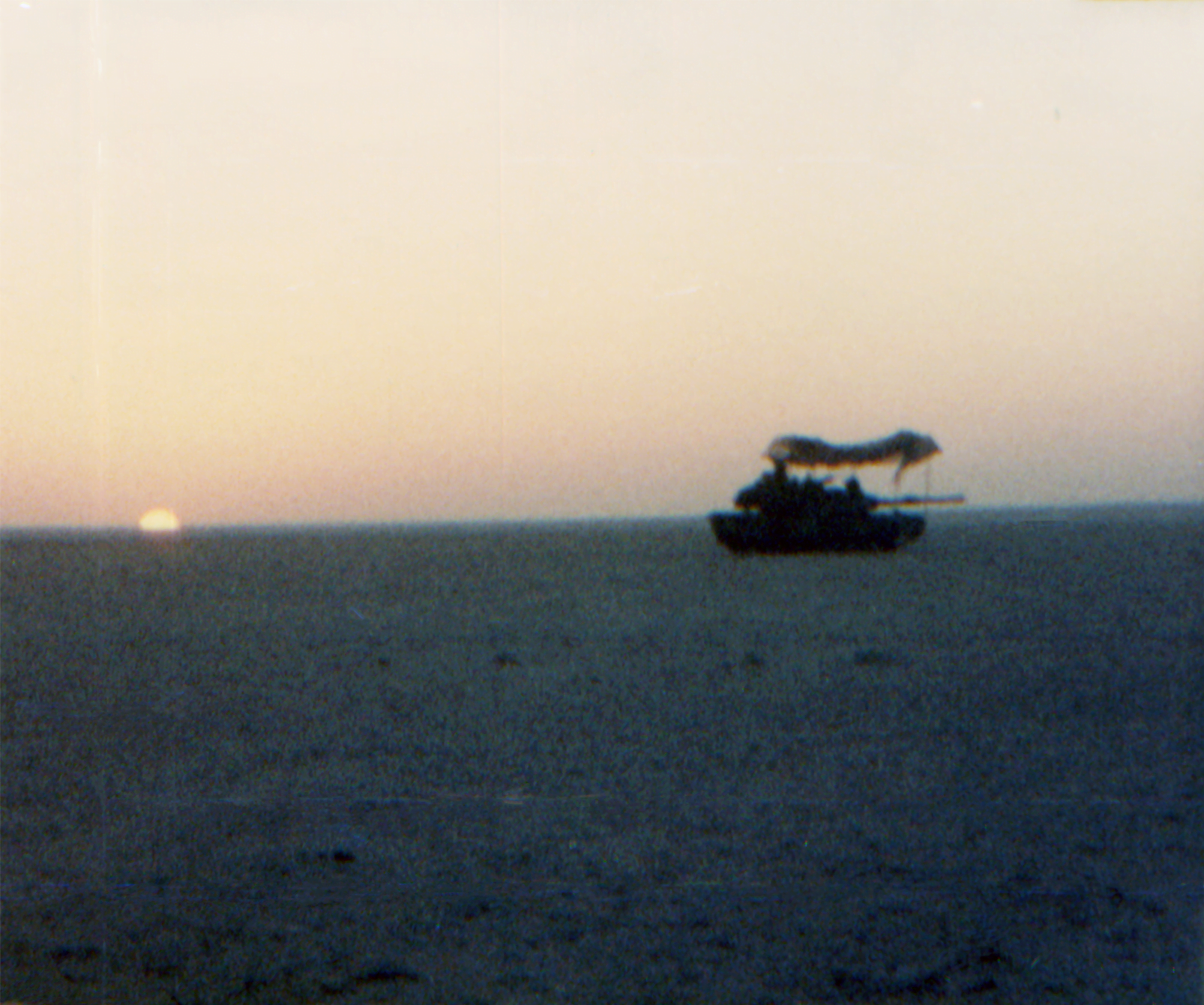 For the first roughly three days after the cease fire, I was still in combat mode (as were likely many, maybe all, of the other Brave Rifles troopers). There were still Iraqi forces out there, some nearby, and given how quickly and completely we had severed their command, control, and communication from Baghdad—and how utterly we had wrecked the units with which we came into contact—it seemed likely that there might be Iraqi units with no knowledge of the cease fire. At one point, on 02 MAR the 24th Infantry had taken fire from retreating Iraqi units and became decisively engaged. We did get alerted and moved to REDCON-1 when that happened, but we did not move or otherwise get involved and stayed in our final screen line position.

The next few days after, from say 05 to 15 MAR are just as much of a blur and missing memory as are many of the days before the start of Desert Storm, and the time after it (which I discussed in an earlier post). There was a lot of guard duty. There was track, engine, and other maintenance. We punched our gun tubes, finally—after ar Rumaylah airfield and the quarry, we punched them but we did it at least one more time on this screen line.

I do have one very specific memory, but not which day it occurred. It was early March, so still the tail end of winter with spring starting to raise up, and nighttime temps still running in the 50° F–55° F (10° C–12.8°C) range, not cold but still a bit chilly. On this particular evening, I had a shift as a roving guard, marching around and between the tanks—and it was starting to drizzle. Since we’d known about the coming storm, I’d already geared up with my rain jacket and rain boots, so the guard shift was a bit chilly, windy, and slightly wet but not bad. Fortunately—or, so it seemed at first—the storm didn’t start until after I’d completed my shift, been relieved by the oncoming guard, and gotten back into the tank.

Unfortunately, however, this was when I discovered that the work I’d put in to trying to make my loader’s hatch more water resistant had not worked. The seal on the loader’s hatch was not quite long enough, and there was a small gap where the two ends of the seal were supposed to meet … but did not. I had previously laid down a small bead of silicone caulk there, hoping that would keep most of the water out, but either it wasn’t enough, or (more likely) I didn’t know how to do it right, and it did not keep the water out.

So I spent yet another night not sleeping with very cold rain dripping on me all night long, sitting in my loader’s hatch (which is too small to really sleep in, in any case). It was reminiscent of the night spent immediately after returning from our new-tank-retrieval detail in Dammam (which I cover in my book), and although it was not nearly as cold it may have been more annoying. I didn’t get good sleep inside the tank anyway (I don’t know anyone who does, although some positions are more comfortable than others), but constantly being drip-drip-dripped on even with the rain jacket and hood pulled up to keep the wet off of my skin sucks with a vengeance.

The next few days, however, I do not recall with any memories. Which, again, is kind of sad and makes me a little annoyed. I know that at least part of it is owing to my ADHD and the working memory problems concomitant with that, but it is still exasperating.

I do have a few specific memories of the last day or two, the 16th & 17th, which I will cover in the next post. For now, just know that at this point thirty years ago, we were dutifully performing our tasks while simultaneously hoping we would soon be able to start heading back to Ft. Bliss, and starting Operation Get Us The F@#* Home.