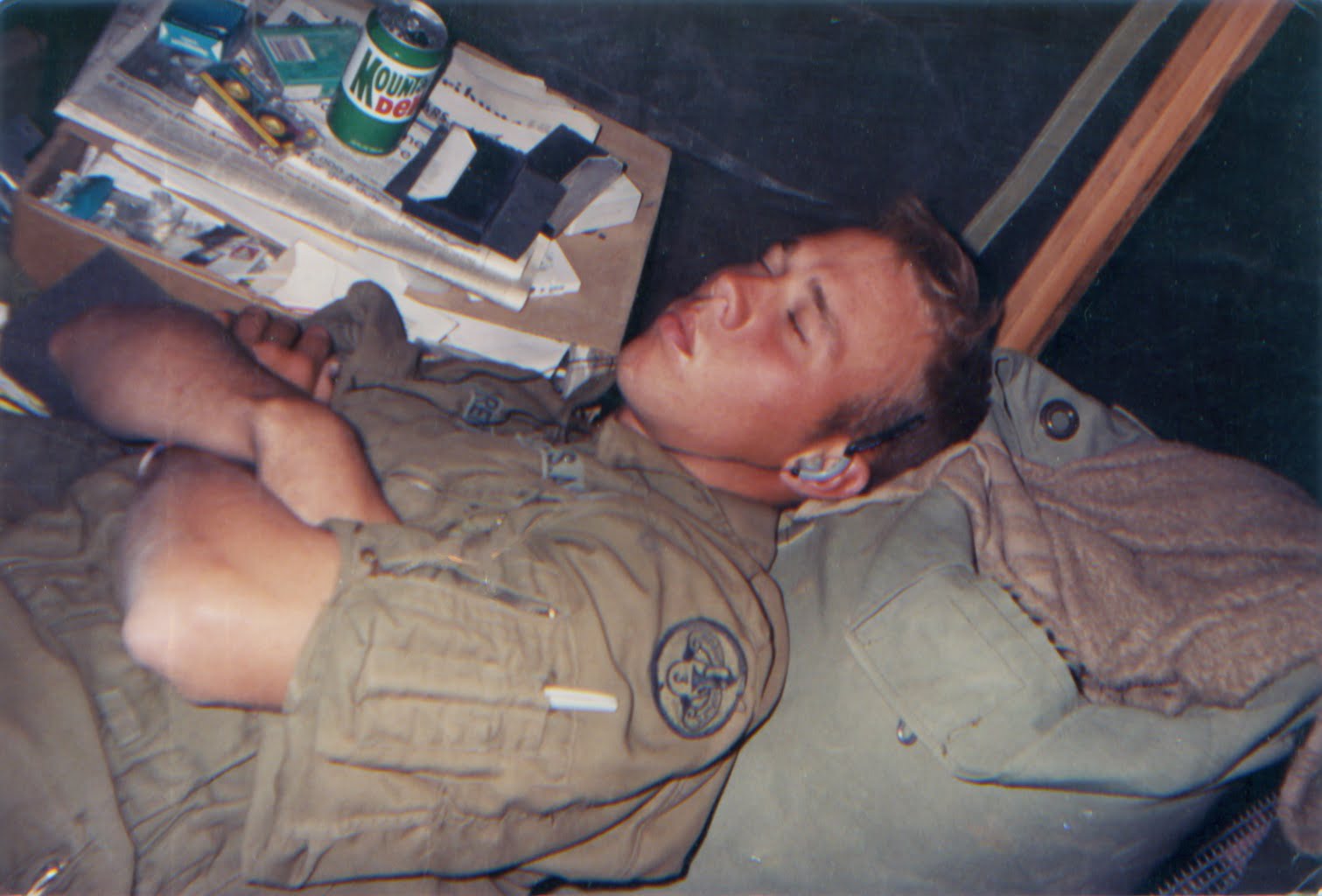 I promised a few posts ago that I would discuss music, as it was one of the few remaining sanctuaries of normality and sanity in the vast emptiness of sand, stone, and dyspathy which enveloped us. It was one thing to be doing normal tanker stuff like track maintenance and vehicle ID review and such, but while immersing ourselves in our common daily work was temporarily distracting, it was still an incessant reminder that we were not, in fact, in a normal circumstance at a normal place.

Putting soldiers to work can be a fantastic way to inure them to the vicissitudes of treacherous circumstance, something to which even any legatus legionis of Republican Rome can attest. A busy soldier has a mind occupied with tasks in front of him or her, and not so much the demoralizing effects of inhospitable weather, the furious psychological assault of an opponent, or even desperate longing due to simple distance from home and the comforts of favorite foods and people. Such habituation, however, does not eliminate the circumstance, but merely delays the psychological toll it inflicts.

In music, however, there was refuge—whenever it was possible to partake of such. Obviously, such refuge was as fleeting and temporary as was being lost in work, but it unequivocally offered a way to completely dissociate from the discomfort and disquiet that a combat deployment can entail. A few stolen minutes spent wafting on the mellifluous vocals of Sting’s “Fortress Around Your Heart,” headbanging with the driving guitars of Metallica’s “Creeping Death,” or reflecting contemplative with Beethoven’s 9th Symphony, would be enough for me to transport away from the reality of life in that magnificently malefic place, no matter how temporary. I suspect this was true of many other tankers, scouts, soldiers, Marines, what have you.

Of course, it was not possible to escape in such a way all of the time. But for fifteen, twenty, thirty minutes before falling asleep at night, or for ten minutes watching the sun set during evening chow, or even while sitting at REDCON-1 immediately after stand-to first thing in the morning, at low volume from a tape in my Walkman® wired directly to the intercom junction at my loader’s station (with the LT’s consent, of course), the fear and trepidation would melt into oblivion. They came back, but they were always lessened.

Here, I wish I could quote some of the songs that were in heavy rotation in my ears at the time; alas, licensing the use of song lyrics is well out of my budget (thus, the YouTube links above, and below). Instead, I hope that you will take a few moments to empathize, to imagine being in a distant, arid land, with an uncertain future that will likely involve violence on a scale nearly unimaginable, and hear the words in the lyrics of songs like “Disappear” by INXS or “Under The Milky Way Tonight” by The Church—and see if they don’t transport you, too.

Deployments even under the most peaceful of conditions can test the resolve of relationships, friendly or romantic, and combat deployments ramp up the pressure so as to potentially render frangible even those cast in adamantine bonds, able to loose Prometheus and strain wife from husband or son or daughter from father or mother. Those moments of dulcet reflection in music can certainly help soothe the longing in the hearts of those separated from their most dear, but staying connected via communication was the other possible escape from such distance, and from the circumstance in general. Being able to pore over the smallest of adulations, even platitudes, from one’s significant other can teleport the reader far away from the realities of service, as can the crayon-drawn hearts and bright gold sun of a three-year-old rendering for mommy or daddy, admiring them for their bravery and strength. Even those of us who were single and without significant romantic attachment can drift away for a moment in the pleadings of a stranger, telling “Any Soldier” to come home safely, and soon.

As with music, such teleportation is a respite all too soon over, but in its coming also often lessened the psychological toll of the deployment. Not all correspondence for all recipients was positive, of course, and sometimes really bad news delivered via letter can be even more devastating for its ability to be read over, and over. I do believe the balance of mail received by us was good for our mental state, however, and even soldiers who got deeply unwelcome news would also have positive correspondences to reflect on and consume.

At the end of the day, however, we were still deep in the desert, mounted on massive weapons and wielding life-or-death power while facing off against those who were in possession of the same, and no amount of mail or music could make that disappear. But it did alleviate it, if only a little and only for a while.