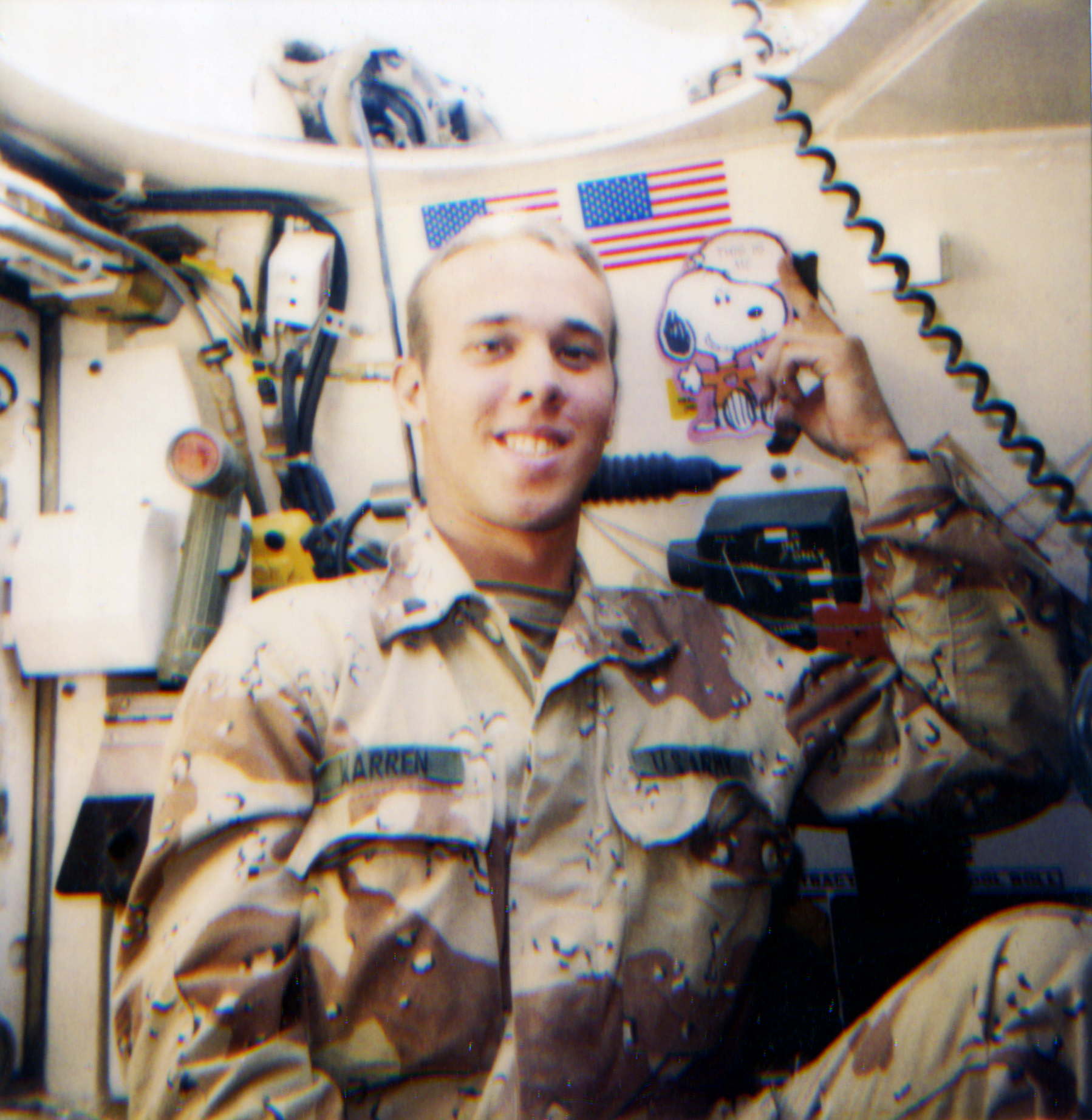 Over the days from about the 16th to the 22nd, we continued with our mission to man our screen line, and also had several revisions to our operation plan. There had been some overtures of peace talks, and of course we continued to hope that they would bear fruit (spoiler alert: they didn’t) so that we could go home. We figured we were going home no matter what, either because Saddam will have pulled his troops out or because we will have driven them out. Generally speaking, however, the option that breaks the fewest number of mother’s and father’s hearts is the better one.

As noted last time, mail is a huge issue for soldiers in the field, and we hadn’t been getting ours. No doubt, this was confounded by two related developments: first, that we’d physically moved from our base camp into a temporary assembly area deep in the desert and then to our screen line positions; and second, that the logistical tail for the 3d ACR (and likely most, maybe all, other XVIII Airborne Corps units) was filled to overflowing with combat-essential items, and so the personal mail kept being put off in priority. It got pretty annoying, though. At one point, General Schwarzkopf had been rotating through all of the units to chat with soldiers and answer a few questions, and when he met us I asked him about our mail problems (spoiler alert: they got fixed by the time of evening chow that day).

In that late-arriving mail, I received a few replies from some of the “Dear Any Soldier” letters I’d picked up while we were in base camp. I’d replied to a bunch of them, maybe twenty or thirty total (as in I had picked up letters from that many individual authors), and there were about four or five with whom I’d developed a continuing correspondence. One of them was a college student from Pennsylvania somewhere, another was a middle-schooler from I think Indiana, another was a WW2 vet, and there were one or two others. They were all cool people in their own way, doing what they could do to help lift the spirits of a soldier ten thousand kilometers from safety (and ten million kilometers from sanity, it often seemed). The middle schooler sounded a lot like me myself when I was in middle school, and had just started playing Dungeons & Dragons®, so I shared a few tips and tricks that I’d picked up in several years of playing and DM-ing games.

Our most recent OPORD (operation order) by the 22nd had us crossing the LD (line of departure) in the late afternoon of the 25th, anticipating that the coalition forces along the border of Kuwait would start their offensive early that morning and would be slogging their way north through the first line of Iraqi defenders. We’d settled into a final routine, and the night of the 22nd would be the last we’d spend on the screen line we’d occupied for about a month or longer. It wasn’t home, and I certainly wasn’t sad to leave it (and I doubt others shed many, if any, tears), but it also meant taking yet another step toward an abyss of violence and uncertainty that I’d hoped we could avoid. Such is the way of the modern world sometimes.

Then there was the matter of those “only open on notice of…” letters. There’s a debate about those letters that rages even yet: is it a tacit acceptance of impending catastrophe—fatalism, even—to write a letter to one’s family (wife or husband, kids, or parents, mostly) about how you feel, a final “I love you” as you head off into the tusks of the elephant, or does it calm a soldier’s mind to know that, should they succumb to the violence they are about to endure, their family will have a final closing statement they can cherish?

That is a tough question with no easy answer. I am in the camp that writing it does no more harm than good, that it is simply a psychological acknowledgement of the pending danger and a wish to—as much as possible—remind those cherished friends and/or family that even to the last, they were thought of, missed, loved. I do not believe that it leads to a soldier losing all hope and acting carelessly under fire. I understand the opposing point, I just disagree with it.

For me, I wrote one. I sat down on the night of the 22nd and made sure to compose a short letter addressed to my parents and brother, the contents of which are (of course) intensely personal. I held onto it for the night of the 22nd, not yet sure if I wanted to swap with one of my troop mates, but at least I’d written it.

Now, all that was left was to get things started.